The first Toronto Edition of the annual WWKiP was on Satuday. It was a great time, and a great turnout despite the rain. Granted the rain was light and only fell for the first hour, contrary to the thunderstorm predictions. That’s right, Mother Nature has knitters’ backs 😉 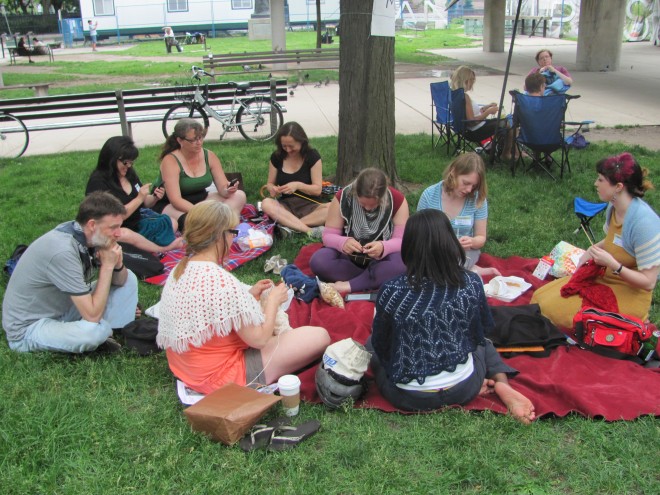 The media interest was great too. We on the planning committee decided I’d be the media contact (for better or for worse, I’m ok with public speaking, but I ramble when I’m nervous…)

All in all an amazing day! Knitters and knitting groups met and mingled, the learn-to-knit station taught new knitters both young and old, our Relay for Life team (we’re knitting all night on June 15 in support of cancer research!) got some more donations (I saw at least one $20 in the jar!), Ravelers had a chance to meet up, and Street Knit had a lot of their kits taken by people volunteering to knit for the homeless. I’d say that’s a success 🙂

June 11, 2012 update: ideas_dept posted some pictures on Flickr as well.